Increase your sustainability with weight saving streetwork signs that are modular, reusable and recyclable.

Since being introduced, our game changing solution to temporary signage for urban and 12D Streetwork schemes has taken the market by storm. Thanks to a number of benefits when compared to traditional metal frames.

This includes significant weight saving, a smaller footprint and unlimited repeat uses of its post and ballast to name but a few. In addition the Quick-Lock Post System is a fully recyclable unit that’s made from re-ground material. Which helps towards meeting your ESG responsibilities.

Recently our supply partners rolled it out on two separate work sites. This gave us the chance to see it perform and gather feedback from stakeholders. As you can see below, it was well received. 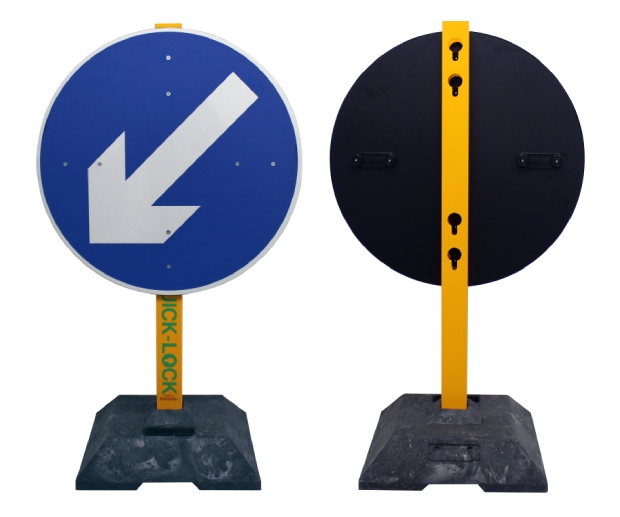 Quick-Lock Posts proved ideal for this Streetworks with the customer saying how impressed they were by the fully compliant, non-degradable base-plates.

Previously on longer running schemes, rotting sandbags would often need replacing. So our weighted ballast completely removed that particular concern. And once Quick-Lock Signs are up, they’re up, requiring no maintenance or monitoring. The reduced footprint was also commented on, creating less of a trip hazard, as was the “smarter, tidier looking site,” compared to metal A frames.

Improved clarity proved another appreciated factor, thanks to the sign panels being displayed vertically rather than at an angle. In addition, the general assembly increased confidence that the units would be less likely to topple in high winds. Especially given the option of stackable bases.

Next opportunity for a trial was a 6 week utilities installation across multiple rolling sites. Including exposed estuary areas and 60mph carriageways.

Benefits for the environment, ease of deployment and the improved visual assembly were all given the thumbs up. But it was the weight saving aspects which really got our customer animated in their praise of the system on this project.

Estimated at an approximate weight reduction of 9 kilos per unit, or roughly 21kgs per assembly compared to 30kgs for metal frames. The overall saving for 30 signs was in the region of 270kg. This meant that sign deployment for each site could be undertaken from a single vehicle. Which significantly reduced labour, fuel costs and the impact on the environment. 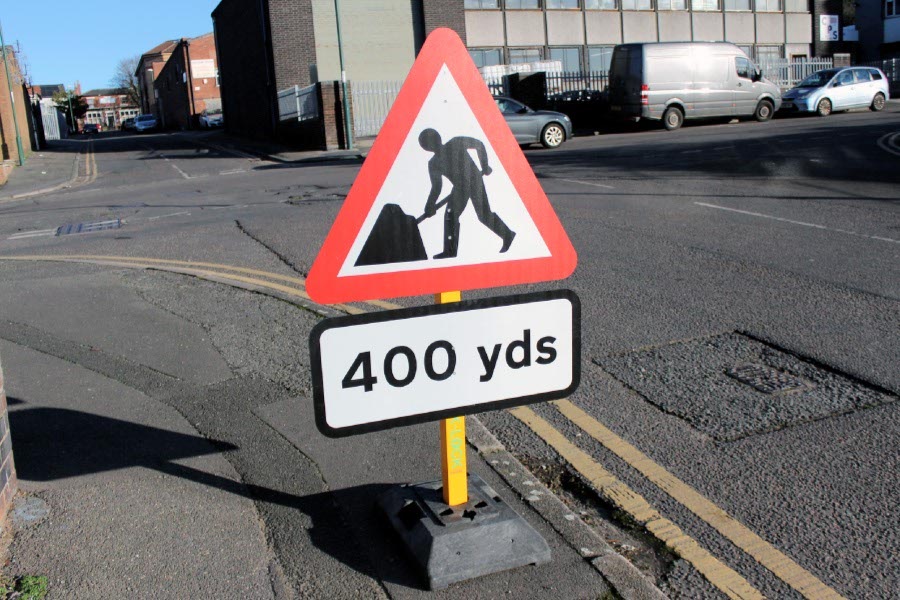 Our Quick-Lock Post System provides greener, weight saving streetwork signs. For it replaces heavy frames and sandbags with a slotted post and weighted base. Now you simply slot it together & lock your signs in place.

This innovative modular system provides more visible, vertical signs that are easy to deploy. And a weight reduction that delivers huge savings on your projects labour and transport costs. 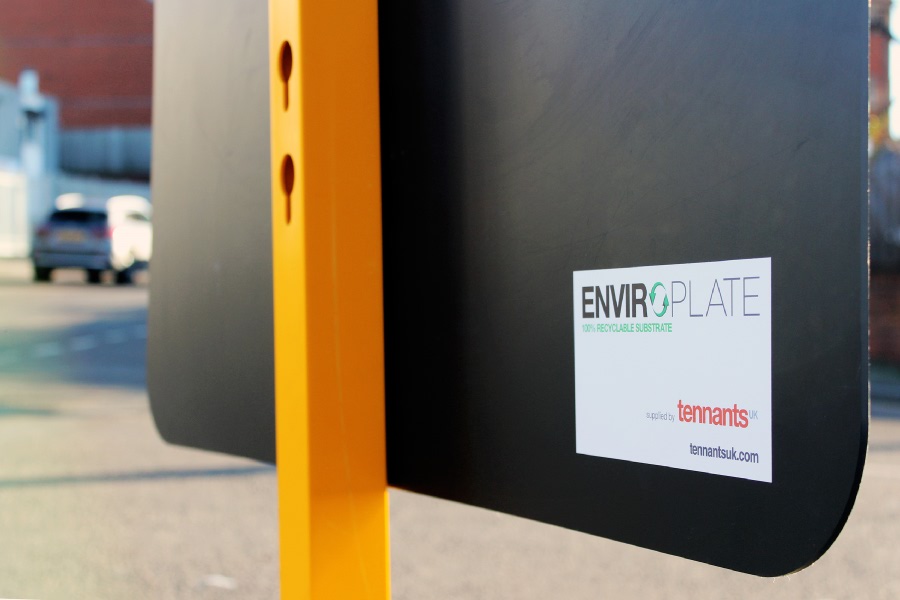 Our Enviroplate is the most durable substrate on the market, able to stand heavy impacts and rough handling. And it’s greener too, being 100% recyclable and made from re-ground materials.

Thanks to its dense compound it has excellent water, heat & chemical stability. Which makes it perfect for our temporary & Quick-Lock signs. And it doesn’t bend out of shape, so your signs last longer.

“After looking at the new signs, I would like to say how impressed I am with the design and ease of use. They fit well on the highway and I believe will allow for equipment to be moved and carried around the network more easily, thus allowing quicker and safer deployment on site. I am pleased to see that a traffic management company is trying to change the status quo for the better, to benefit drivers and pedestrians using our busy road network.”